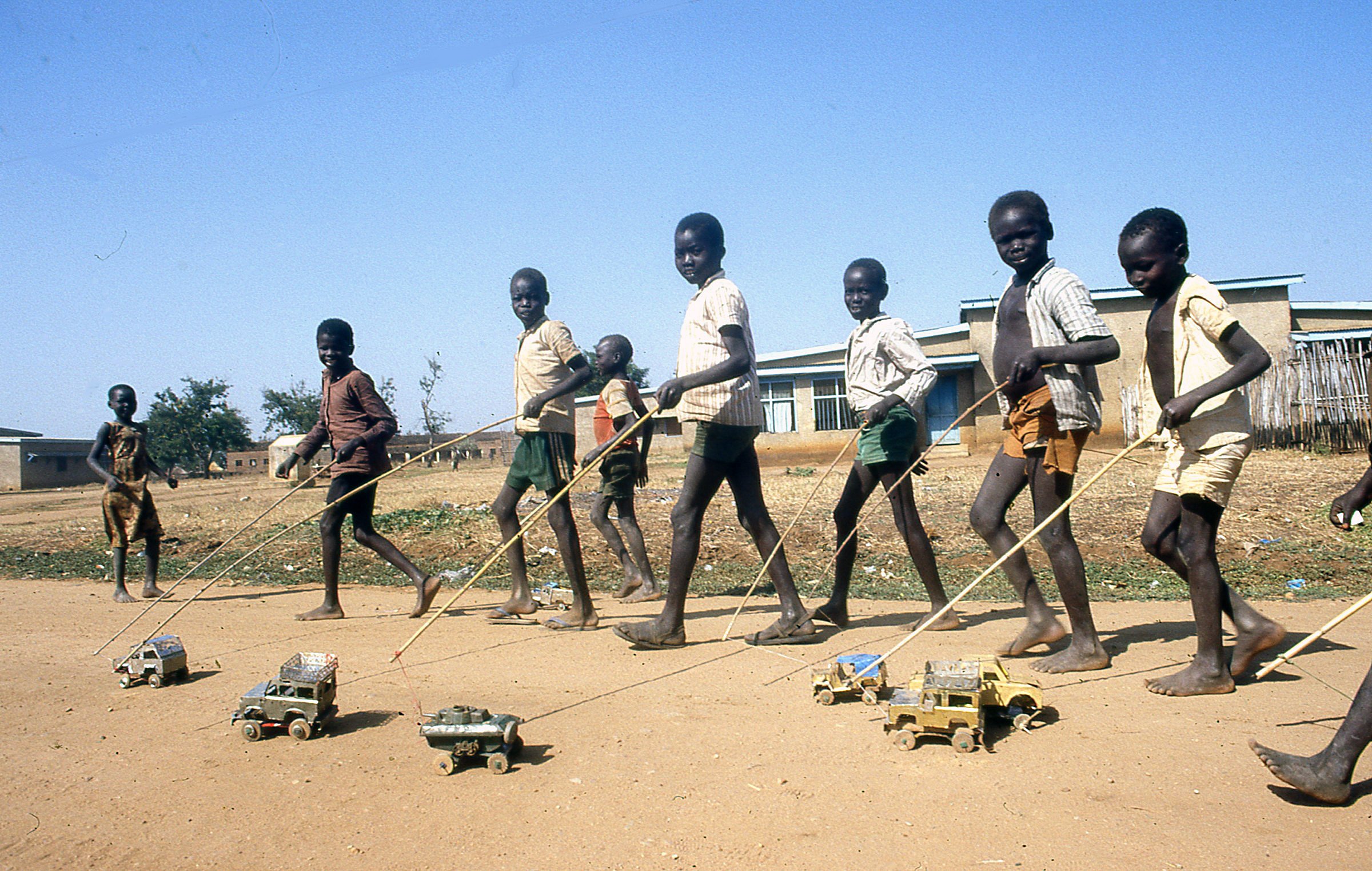 Wierden, The Netherlands, 1989. Alfons ter Beke celebrates the 25-years priestly jubilee. Father is back. For a short while. Basking in the warmth of his family and the familiar security of his roots, the place where he grew up. A full church hears an impassioned sermon from an inspired person. About his ‘home’, his love: the suffering people of South Sudan.

“Dear people, the Netherlands and the world have no idea what is going on in South Sudan. Whole tribes are being exterminated; villages systematically burned down. Men killed, women and children taken away and sold to rich Arabs. Two and a half million black Christians live in fear of fundamentalists, hunted. People disappear silently and anonymously, no witnesses, no camera, no newspaper , disappear because they are Christians. ”

He returns briefly to that world, to Juba, where one day, shortly after his arrival, a  MiG. – jet crashes onto a high school. In May 1990 I receive a letter: “My field of work has shifted from Juba to the capital Khartoum, from south to north Sudan. I now work in Omdurman, one of the three cities that form Khartoum, it is a little desert here. One and a half million refugees from the south live here. In tents made of cardboard or sackcloth. All loose sand. We don’t have a church building. The most rudimentary church building is not allowed. There are schools, funded by European aid organizations. That is tolerated, but no more than that.” Alfons counts his small blessings:” Not having a church building is actually a blessing in disguise. The people now find support in each other. ” 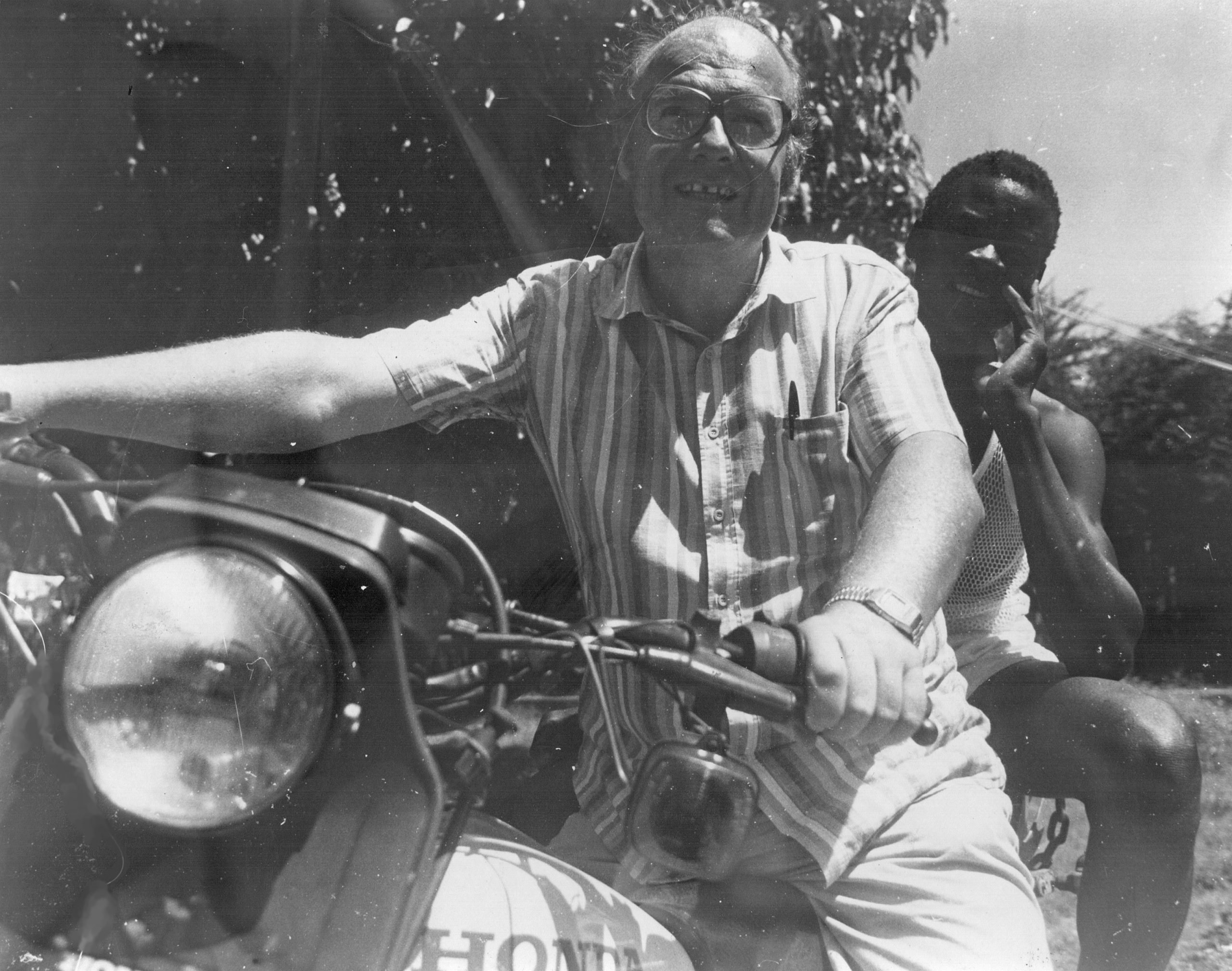 He lives among the people, not in a hut, but in a house built from dried mud blocks. He remains there for seven years. One day, April 8, 1997, a sweaty, hungry visitor arrives: Bishop Vincent Mojwok of the Diocese of Malakal. The man has had a long journey through the desert. Alfons gets into his car to drive to the market, buys bread, fish and chicken to prepare a good meal for his guest. On the way back he collides with another car. “How? Our Lord may know “.

It takes courage to be a Christian here. As a minority, you are exposed to humiliation, discrimination and even persecution. A passing Islamic judge removes him from the wreck of his car. “A real Samaritan, he brought me to the hospital , unconscious, in the back of ​​his pickup . There was no bed available. I was told that I lay on the ground for six hours in a tiny little backroom . ” Alfons eventually ends up in the intensive care unit with a hip and a skull fracture. He is eventually evacuated to the Netherlands via Cairo . At the Rijnstate hospital in Arnhem eyes pop out when they see the plank with which his leg has been splinted in Khartoum. The reaction: “We used those in the 1950s.”

After a long period of recovery and another short stay in Sudan, he decides in 1998 to say goodbye to Africa. One hundred percent recovered? No. The doctor’s verdict: “Put it out of your mind that you will still be able to do everything you could do before, but be happy that you have come this far. See what you can do and where. ”

Alfons ter Beke thus becomes a parish priest at the Gerardus Majella parish of Overdinkel in The Netherlands. He stays there until 2002. After that he moves to the retirement home of the Mill Hill Missionaries in Oosterbeek.

The accident in Khartoum will determine his life from then on.

The coffee room in Vrijland, in a wheelchair.

There you can find Alfons, every day.

The country so dear to his heart refuses to leave his body and his life. On his face a flash of recognition when he sees me. A smile that helps me dispel a feeling of powerlessness. 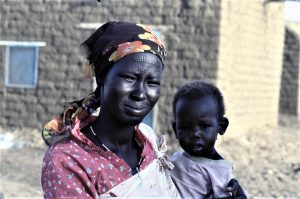