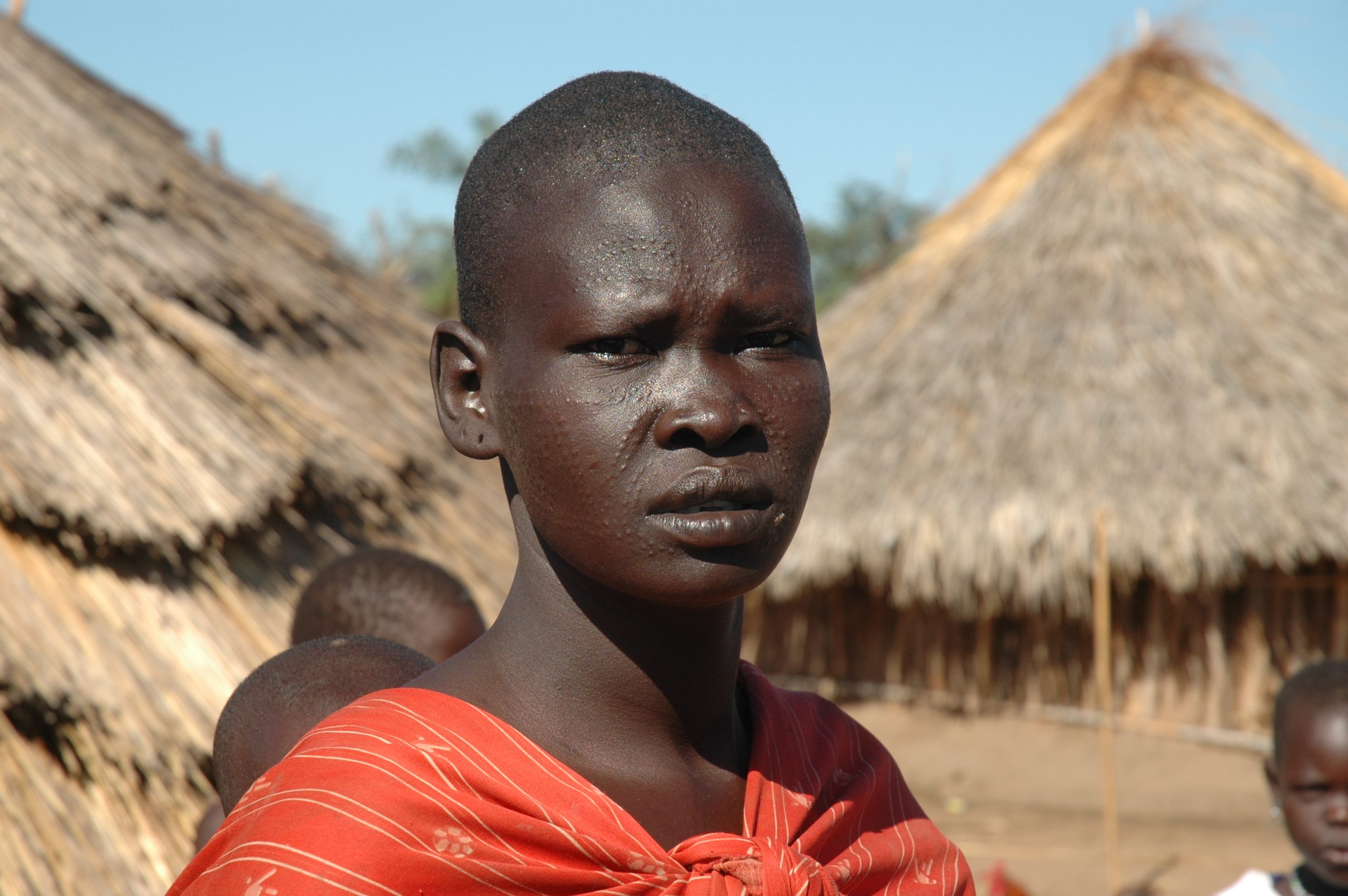 “Keep smiling at a gun”

“You could go to the Archbishop sometime,” Alfons observes one morning, “he lives nearby.” Archbishop? I have never met such a high placed prelate. I knock at the iron gate of the Bishop’s residence. A small door opens, squeaking. A short rotund little black man in shorts, his feet in plastic flip flops, opens. A questioning face. “I come for the Archbishop. Is he at home? ” The man shrugs and beckons. I follow him to a small waiting room with a few seats. “Just sit there, I’ll see if he is here …”  The man slips away , comes back a few minutes later and says: “Come on, he can receive you.” We walk down a long corridor, the man points to one of the open doors, a small office: “Take a seat, the archbishop will come soon.”

After a few minutes later I hear the flip flops again. The man appears in the doorway, comes in and drops into the chair next to me, holds out a hand and says with a big smile on his face: “Welcome, I am the archbishop… my name is Paolino Lukudu Loro” – he slaps his knees for sheer pleasure of having fooled me.

.After my visit Alfons asks: “How was it?” I tell him the story. His response: “This is Africa, here they are not as stodgy and formal as in the Netherlands.” 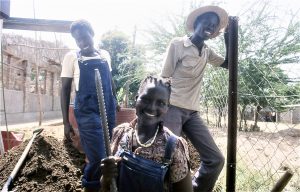 Alfons is busy outside on the road in front of the house where he lives. A few men dig a wide trench. Alfons: “I try my hand at public works. I have a trench dug across the road. To drain the rainwater during heavy downpours. In the rainy season it is a mess here, building permit, ha, ha. I just started. No one says anything about it. ”

In the evening we visit a Belgian scientist who has a view of the airport from his veranda. He says he is studying sleeping sickness, but, above all, appears to have a generous amount of gin. He talks about Libyan MiGs which are used to bomb the rebels: “I saw such a MiG explode not so long ago. Too much gin? No. That thing came flying towards the runway. I saw him acting weird, grabbed my binoculars, got him in my sights. And … poof, there he went … one big fireball … bye, bye MiG. ”

Saying goodbye. Alfons is not coming to the airport. “Not in the mood, all that waiting.”

No unnecessary sentiment, that’s how you stay alive here. He greets: “Goodbye, when I come on leave in the Netherlands, I will visit you. Leave the key under the mat. ”

He is standing by the fence, just waving. Then goes back to work looking for answers to his daily questions: “How do I let little sparks hope light up around me” ?

At Schiphol airport you take a ticket from the parking machine and drop your passengers. Here in Juba, a sleepy sergeant guards the barrier at the runway, balancing on two of the four legs of his chair, rifle across his knees. It is like a scene from a western. “Wait!” the sheriff gestures and continues with his afternoon nap.

The pilot of the waiting Hercules plane, conspiratorial, flashes a thumbs up sign from the cockpit. I think of the Arabic proverb, heard from Alfons: “Patience is the key to happiness.”  When I board the plane half an hour later , the American pilot says: “Well done, you have to keep smiling at a gun”. 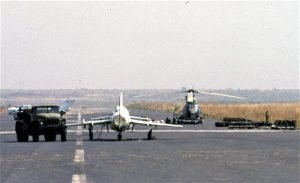