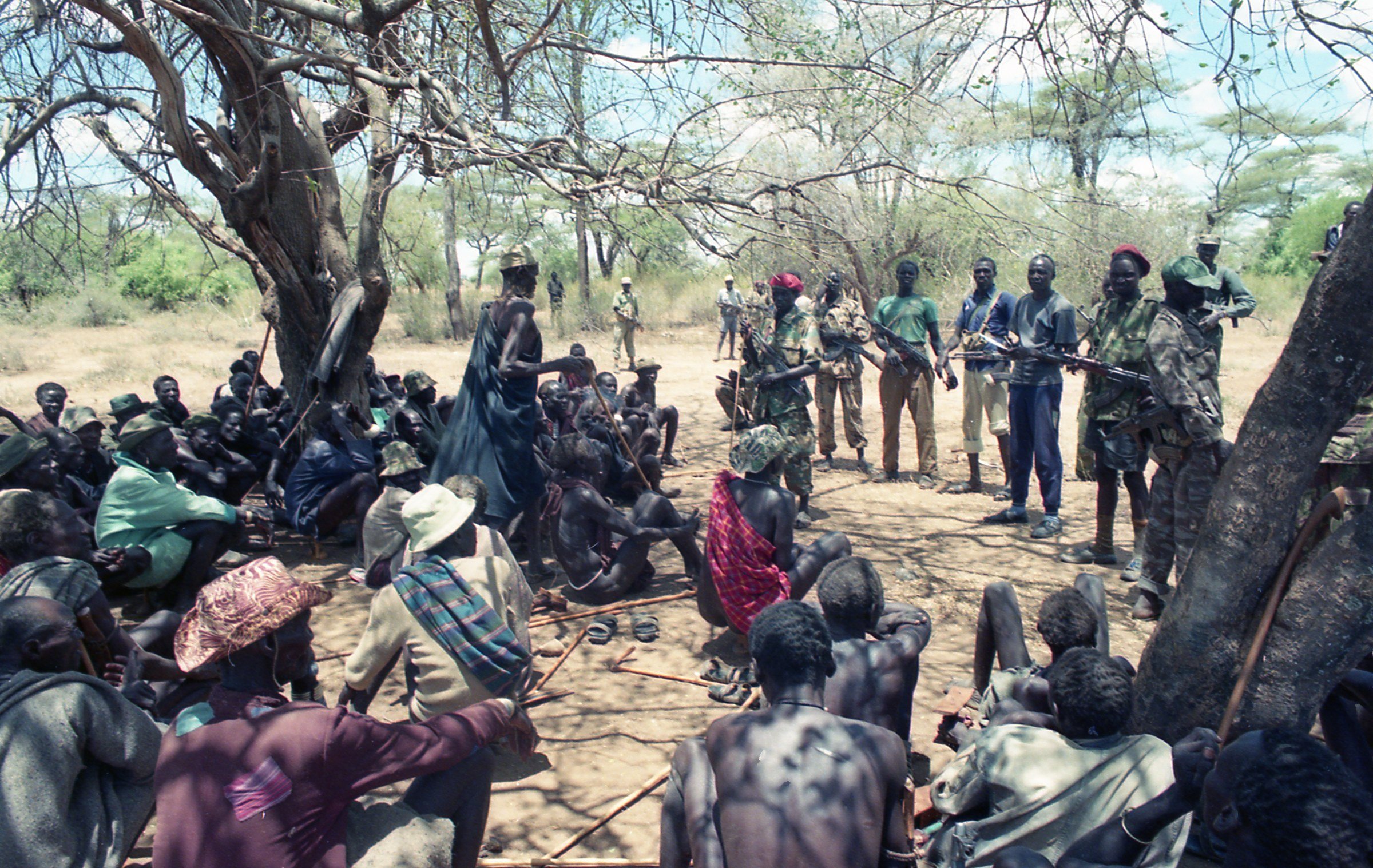 It looks like a ‘live’ report from the war front, with a Mill Hill missionary as reporter.
A message from Alfons ter Beke from Juba in South Sudan, 1989.

“I live in a city of 250,000 people, Juba, in South Sudan. The city is surrounded. Soldiers are brought in and out, wounded and dead. Life seems normal here, death is out there. For men being a soldier is just a normal job. If you’re killed, the work stops. Moreover, if you have worked as a soldier for Allah, you are assured of a place in heaven. A great prospect in this country where few people have the privilege of a future. If you’re wounded, you are patched up and reused after the necessary repairs. 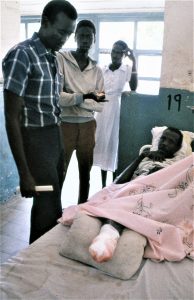 “Monday morning, February 20, 1989, 11 am. I’m standing in the shade of a tree talking to someone about a planned meeting. Suddenly a deafening noise … boom … boom. Not the normal rattle of gunfire, but heavy guns, grenades from just outside the city, in broad daylight. All too real bombs falling on the city. I throw myself in a ditch, that’s what I should do according to the rule book. I lay there with some other people. Half an hour. I was not really scared. You are often confronted with Mr or Mrs Death. He/she has become a familiar figure that you can encounter on every street corner. And whom you can see sneaking around at any time of the day. Boom Boom Boom.

In that ditch I let everything quietly pass over me. At such a moment people are blown  into eternity somewhere else in Juba. That’s all. Quite something. And very different from what you see in a war film. I saw a ‘Bridge Too Far ‘ in Deventer. Burning houses. Interesting how they set the war in scene, but this is real. I pinch myself in the arm. Yes, this is real. I hear people screaming and crying. I see houses on fire.

Sitting quietly at the table I can write down the result :. 46 huts burned down, in many cases with residents in it, five stone houses destroyed, and the prison hit. People running in all directions in a panic. Here on the table where I write there are now a few fragments, shrapnel. I picked them up, razor-sharp iron. Where would these minerals from Mother Earth have been made into a bomb? There was another shooting last night. Then the garrison in the city was awake. They returned the fire with heavy guns, development aid, imported from Iraq. I sometimes see them driving here, whoppers of weapons of destruction. But perhaps made in France or Germany. Or maybe in my own native Netherlands.

I have a list of names of the dead, sometimes children, twins, Oliver and Peter, five years old. And then my friend Peter’s wife: eight months pregnant, hand severed and shards in the neck. Yes, there is a lot of crying and wailing here in Juba. I hear gunshots now and then. It just keeps on going. It is Good Friday,

Pray a lot for Sudan, the very best wishes. 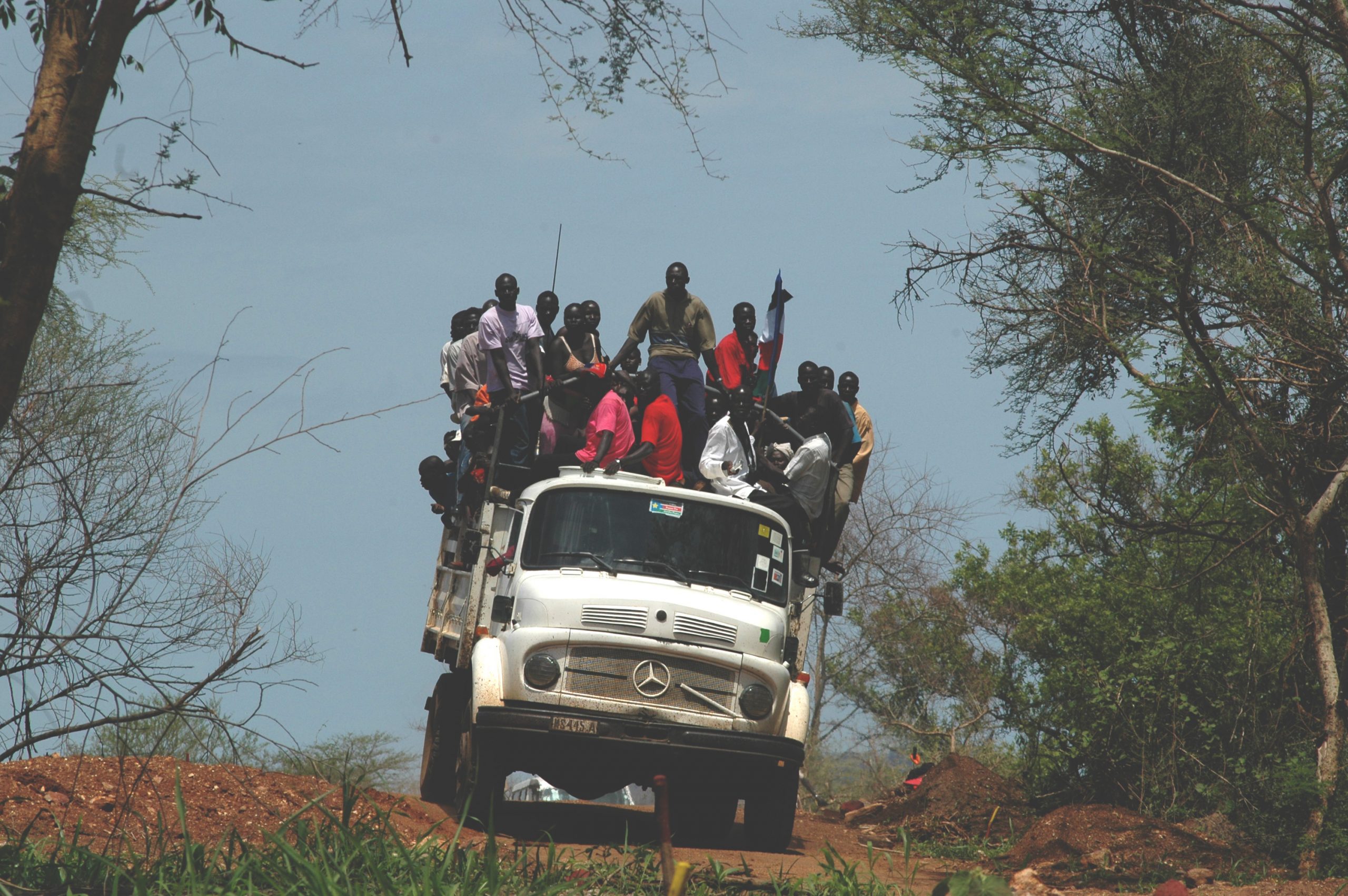