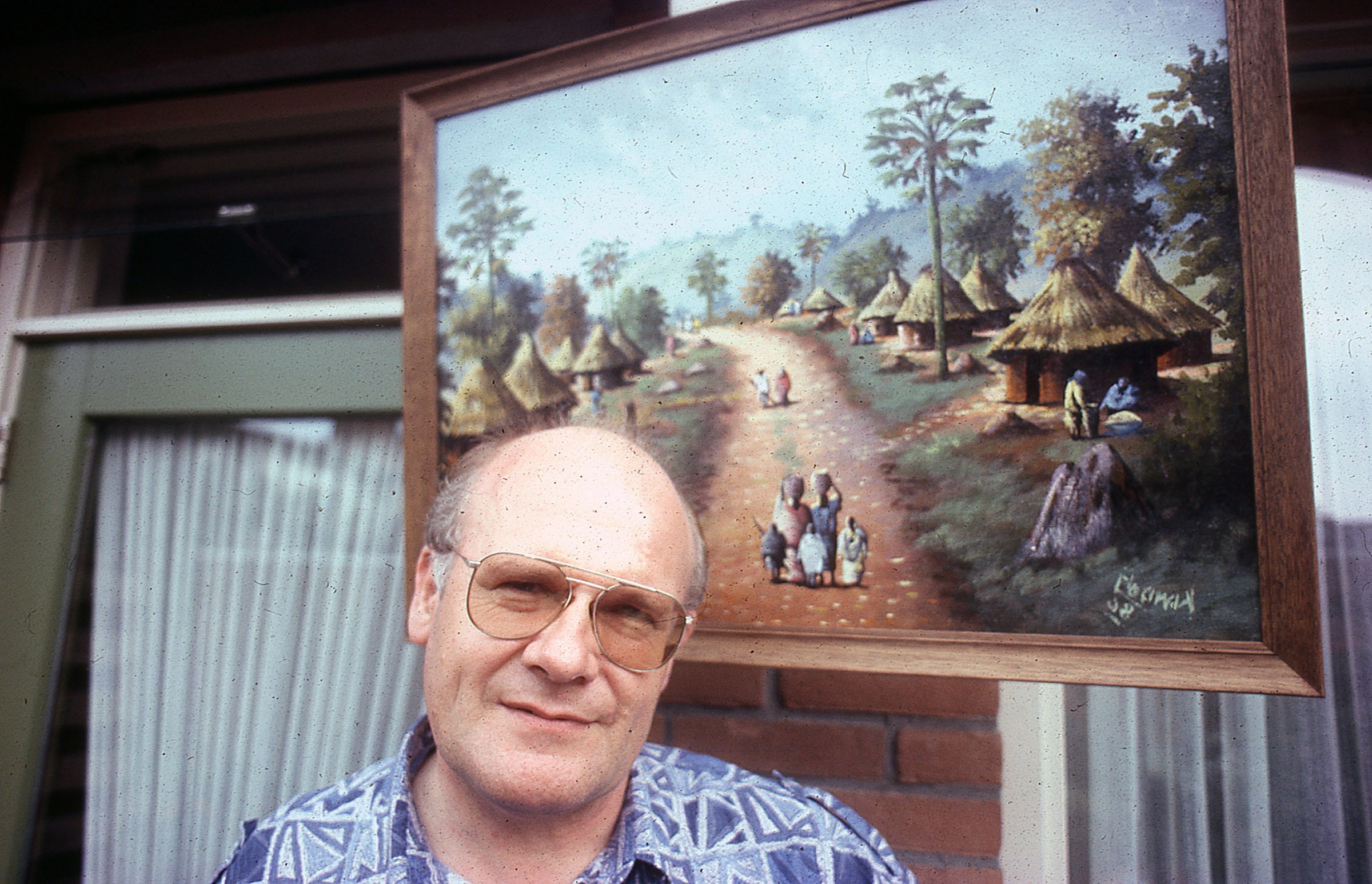 “A wind full of fire blew us away

Journalist Paul de Schipper traveled to Africa for the first time in 1985, ended up in the ‘heart of darkness’ and met a toiling ‘light bulb’: Alfons ter Beke mhm, missionary in Sudan from 1983 to 1998, now retired in Vrijland, The Netherlands . Sitting in a wheelchair. Apparently absent, yet poignantly present: with a smile.  Because still perisistently socially involved.

During my first visit and also subsequently I see Alfons busying himself. With rapidly mounting admiration. Missionary, development agent, social worker. And, perhaps most importantly, a source of hope. Every sweating minute of those long working days. Making basic choices every day: “My parish in the Netherlands sent me money to build a school. I bought food for it, to keep the children alive, otherwise you will have a nice building, but empty classrooms.”

That’s the question here : baptise? Or use the water for drinking. 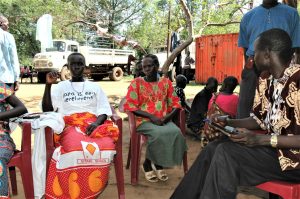 Hunger, a war zone. People in rags , a boy with a T-shirt and the text ‘Get rich or die trying’. Comes from a container with disposable Western European goodies. Later, in the middle of the South Sudanese bush, I will come across a lady with the inscription ‘Papa is a Smasher’ on her bosom .

South Sudan, Alfons ter Beke , two years later I am back. Unannounced, because letters take months if they arrive at all. Back to Juba, why? Attracted by the Apocalypse? I see exhausted children, skeletons with skin, mouths that eat leaves, pure panic in the eyes, demolition, destruction, blackened remnants where once there were huts. Or as someone there says: “A wind full of fire has blown us away from home.”

In the evening, sipping a lukewarm beer, I sometimes grumble at the Lord of Alfons, who seems to have taken holiday here for a very long time. “You know,” Alfons says, “I have the feeling that our presence here gives people courage, a bit of perspective. Courage out of hope. Let sparks jump. This assumes that you have hope itself and radiate courage simply by sharing their fate here. I would love to do more … ”

Courage is often a dosed product. Where does Alfons get the courage? He tells me how he is active in a local prison. “You don’t have time, but you should come along some time. It is a wonderful job. The people who live there are nice. They are all thieves, but you have to assume that they steal out of pure need. He who steals in this country is always wrong, because he steals from the rich. Defense, lawyer? Forget it! The owner is always right. ”

“In prison there are also psychiatric patients chained to the wall, like animals.” He is sometimes present when corporal punishment is meted out, prescribed by the Islamic law-based legislation : “If you see someone being flogged for the first time, you wince. As a Westerner you want to call ‘stop’. That is not possible, so you tolerate it. ” He talks about cross-amputation for more serious offences: left hand and right foot off. The prison also has a cell block for those sentenced to death. Alfons accompanies them to the gallows.

The next morning someone brings the news that four people have been shot near the Nile. Yakil, the goat herder, saw shadows cross the Nile in a canoe. He heard the clatter of hooves, saw silhouettes of goats pulling away from the bank. There was a shot and Yakil was dead. The police responding to the alarm then shot three more livestock thieves. This is Sudan. “Maalesh” as they say here: “That’s how it is”.