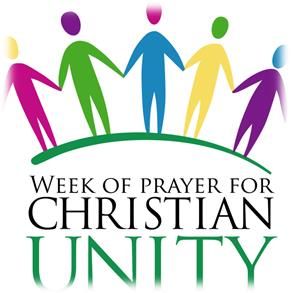 Yves Congar OP, the greatest ecumenist of the twentieth century, discovered his theological vocation when he was a young Dominican friar and was overwhelmed by studying John 17, where Jesus prays that the disciples may be one as he and the Father are one. Congar called it ‘the apostolic prayer of Jesus for Christian unity’ and he gave his entire life to heal the divisions between the Churches. Our celebrations of the feasts of the saints show that we are a community that transcends even that most radical of barriers, death.

In the opening paragraph of Lumen Gentium, proclaimed by the Second Vatican Council, it is written that ‘the Church is in Christ like a sacrament or as a sign and instrument both of a very closely knit union with God and of the unity of the whole human race.’ Notice that the Church is a sign of unity. This does not mean that everyone has to become Catholic. What matters is that the Church makes visible what it means to be human: to be human is to belong to the whole of humanity, indeed the whole of creation. The Church must be one because humanity is called by God to be one.

So the Church challenges any identity which uniquely privileges our national or ethnic origins. I am a Christian before I am British or Irish or Polish. This is why tyrants have always feared and opposed the Church, from the early Roman emperors who persecuted our ancestors, through Henry VIII, Napoleon to Mao Tse Tung. Even in today’s China, the universal community of Catholicism is seen as uniquely threatening to the rule of the Communist Party. Patriotism may be fine, the love of one’s own country, but nationalism is incompatible with Christianity if it makes demands that are absolute.