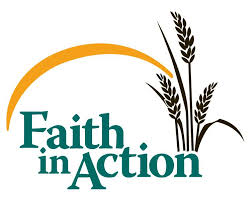 “The same President who used a Bible as a political prop for a photo opportunity in front of a church defiles the Gospel in his words and policies,” the letter reads. “A consistent pattern of racism, sexism and nativism defines this presidency. While neither political party or candidate reflects the fullness of Catholic teaching on every issue, President Trump’s character, policy decisions and cruelty toward anyone who challenges him demonstrates a fundamental contempt for what it means to be Christian.”