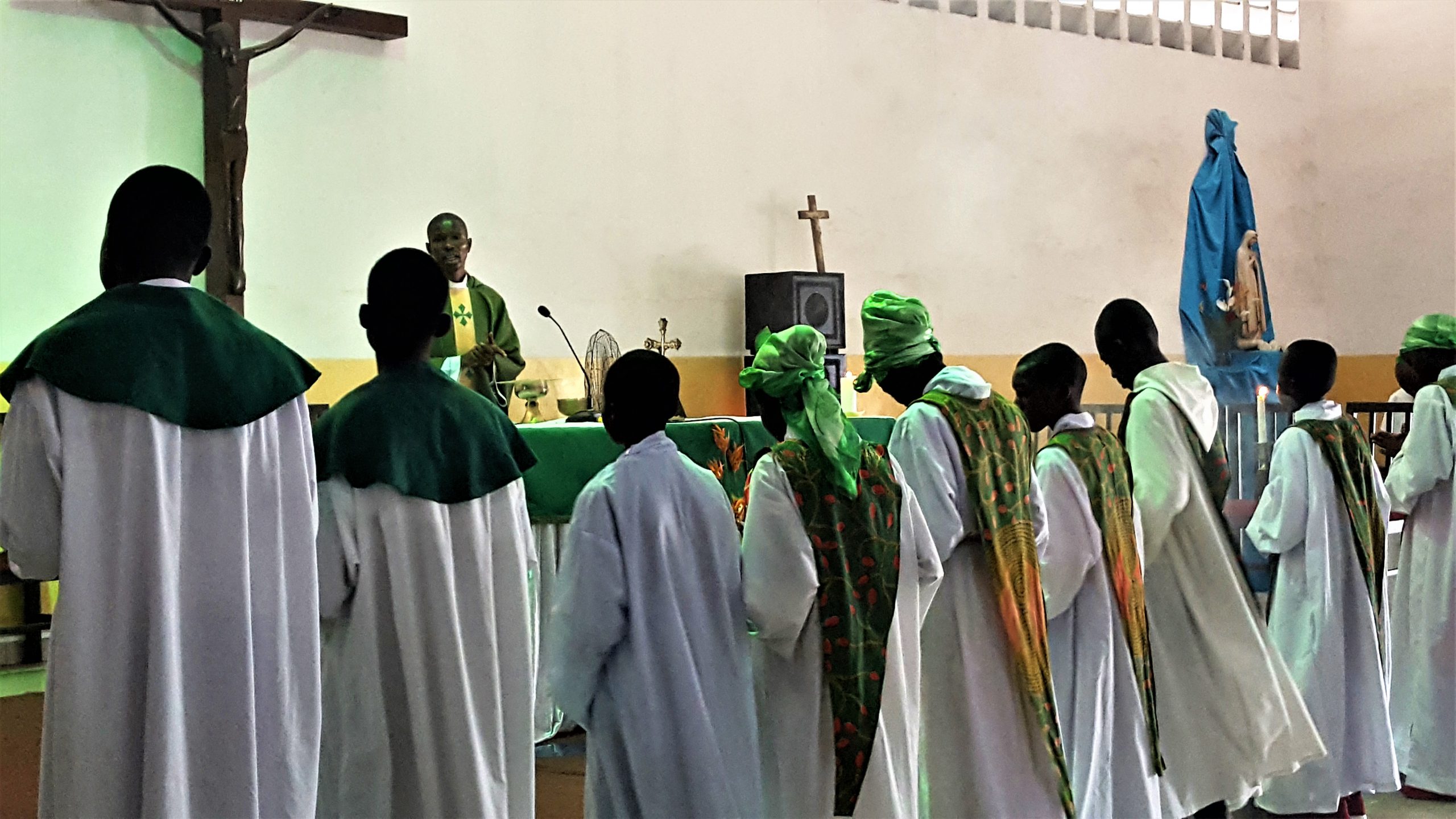 Rome (Agenzia Fides) – The freedom that Christ gave to the baptized is “a novelty” that could encompass “all peoples and cultures” and freed from temptations and errors – which often existed in the history of evangelization – “only one cultural model” or wanting to enforce or dictating to others one’s own life model as if it were the most developed and the most desirable”. With this, Pope Francis clearly draws the line between the preaching of the gospel and any kind of campaign aimed at enforcing ideas, doctrines and cultural models.

He did this at today’s general audience on Wednesday October 13th as part of his catechesis on Paul’s letter to the Galatians. On the basis of this letter from the Apostle of the Gentiles, the Bishop of Rome explained the fundamental dynamics of the connection between the proclamation of the Gospel and the various traditions and cultures. “Saint Paul”, the Pope said in the first part of his catechesis “says that for those who follow Christ, it no longer matters if they are Jewish or pagan. The only thing that counts is “faith working through love”. To believe that we have been freed, and to believe in Jesus Christ who freed us: this is faith working through love”. “Paul’s detractors – those fundamentalists who had arrived there – attacked him over this novelty, claiming that he had taken this position out of pastoral opportunism, or rather to “please everyone”, minimizing the demands received from his narrower religious tradition. It is the same argument of the fundamentalists of today: history always repeats itself.

As we can see, the criticism of every evangelical novelty is not only of our time, but has a long history behind it”. In the central part of the catechesis delivered during the Audience, the Pope emphasized that for Saint Paul following Christ in faith involves “renouncing not the heart of cultures and traditions, but only that which may hinder the newness and purity of the Gospel”. Starting from the words of St. Paul, the Pope re-proposed the relationship between the proclamation of Christ as the only Savior and the diversity of the cultural contexts in which this proclamation takes place: “the freedom obtained through the death and resurrection of the Lord”, underlined Pope Francis, “does not enter into conflict with cultures or with the traditions we have received, but rather introduces into them a new freedom, a liberating novelty, that of the Gospel. Indeed, the liberation obtained through baptism enables us to acquire the full dignity of children of God, so that, while we remain firmly anchored in our cultural roots, at the same time we open ourselves to the universalism of faith that enters into every culture, recognises the kernels of truth present, and develops them, bringing to fullness the good contained in them”.

The Pope also admitted that “there are many temptations to seek to impose one’s own model of life as though it were the most evolved and the most appealing. How many errors have been made in the history of evangelisation by seeking to impose a single cultural model! And yet”, added the Pope, “Uniformity as a rule of life is not Christian!

Unity yes, uniformity no! At times, even violence was not spared in order to make a single point of view prevail. Think of wars. In this way, the Church has been deprived of the richness of many local expressions that the cultural traditions of entire peoples bring with them. But this is the exact opposite of Christian freedom!”. In this regard, Pope Francis recalled the past circumstances in which “the approach to the apostolate established in China with Father Ricci, or in India with Father De Nobili… [Some said] “No, this is not Christian!” Yes, it is Christian, it is in the culture of the people”. (GV) (Agenzia Fides, 13/10/2021)