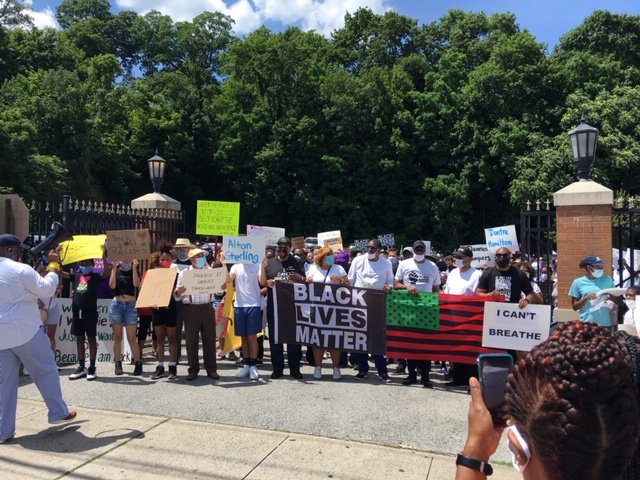 St. Brigid is an Afrocentric Catholic church in the Archdiocese of Los Angeles that’s overseen by the Josephites — a religious community of Catholic priests and brothers that centers its ministry in African American communities. The Josephites formed in 1871 to meet the needs of newly freed people after the Civil War.

The Josephites arrived at the South Central LA parish in the late 1970s and early 1980s, after African Americans had migrated to the city from Louisiana and Southeast Texas in search of jobs at aircraft construction companies, said the Rev. Thomas Frank, vicar general of the Josephites, who served as pastor at St. Brigid from 2007 to 2011.

Frank said the Josephites took over the parish at the written request of African American Catholics in the area. The church, which could accommodate about 800 people, was struggling with dwindling attendance and was down to about 150 core parishioners, who were mostly Black but also included a significant number of Latinos.

With the Josephites’ arrival, the parish received its first African American priest, the Rev. William Norvell, as well as an Afro-Latino Jesuit priest, the Rev. Fernando Arizti, to connect with the Latino community, Frank said.