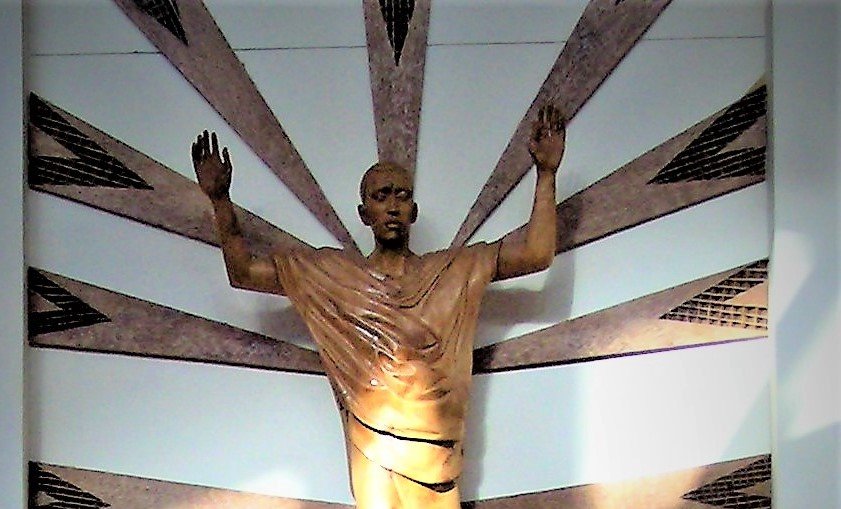 I wanted to share with you a short documentary that has been recently released about St. James the Greater Catholic Church located just outside of Walterboro, South Carolina.

Research indicates that both the Mill Hill and Josephites Orders have connections to this church.

Attached is the press release about the documentary and below is the direct link to the 52 minute documentary.

Catholic Hill, formerly known as Thompson’s Crossroads, is an area steeped in history. The predominant feature on the landscape is the 1935, gothic-revival inspired St. James the Greater Catholic Church and its recently renovated 1901 school house.
The first church on the spot was dedicated in 1832 and burned in 1856. Very little is known from that point until the 1890’s when it was learned that a group of former slaves and their descendants, with a vibrant and thriving faith, was worshipping in the area. Soon a new church and school was built. While mass was celebrated by itinerant priests twice a month at the church, the leadership flourished under the dedicated men and women of the church striving to preserve and strengthen the faith of the community on an everyday basis.
The present church, which was built in 1935, is home to a new generation of followers maintaining their strong Catholic Faith. Today’s congregation works tirelessly to preserve both the memory of those who came before them and safeguard the legacy for many generations to come.
This film will focus on the religion in South Carolina, early Catholicism, slavery, the history of St. James the Greater, and its importance to the Catholic Hill Community.