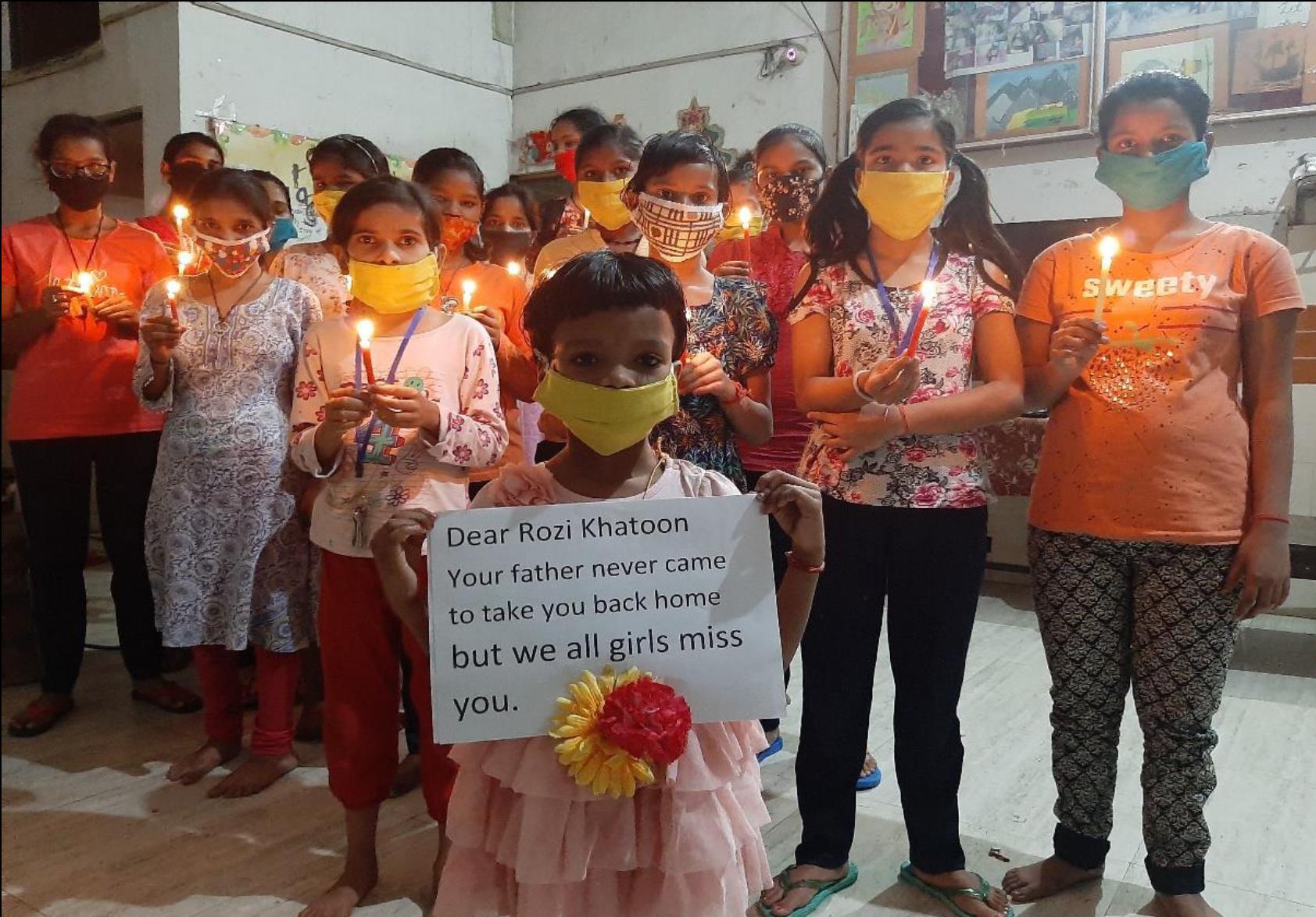 Fr Frans Baartmans mhm who was a transformative and compassionate presence in Varanasi for more than 30 years supplied this story.

Here is sad news about a girl Rozi who was living in Shanti Niketan Girls Home.
A police case girl Roji Khatoon, aged 17, was not recovering very well in the hospital.
She was brought at the girl’s home by police on 22nd Nov. 2019.

When she arrived here, she already had health problems.
She had a very sad story behind her. She was from Bihar State from a village Kishanjang.

Her mother was deaf and dumb, and her father was alcoholic.
Due to the terrible situation at home she ran away with a boy from the neighbourhood.
The boy abandoned left her in Delhi and unfortunately, she met a family and stayed with them for 5 months.

At the Varanasi railway station, a team of Child Line found her.
She reached here with police by order of CWC.

Here we realized she was very anaemic and had a bad cough.
When the doctor examined her, he found that she had Tuberculosis
and she had excess bleeding
and stomach aching problems during her menstruation period also.

Due to these health problems we took her to the doctor very often.
Doctors examined her and reported to us that she had a very bad infection
and many fibroids in her uterus and that her uterus had to be removed.
But she got infected by Corona during her treatment and also got very weak.

A very sad moment for her was when she called her father 3 times from hospital
but he refused to come and see her and was not interested to know about her whereabouts.

The doctor was giving her blood to improve her haemoglobin
and medicines to recover from Corona first.
Only after recovery would the doctors remove her uterus.
But there was not much improvement in her health.

The doctors at hospital tried their best for her recovery but could not save her life.
For the last 3 days she had started having breathing problems also.

Four other girls who were affected by Covid are very fine and healthy now.