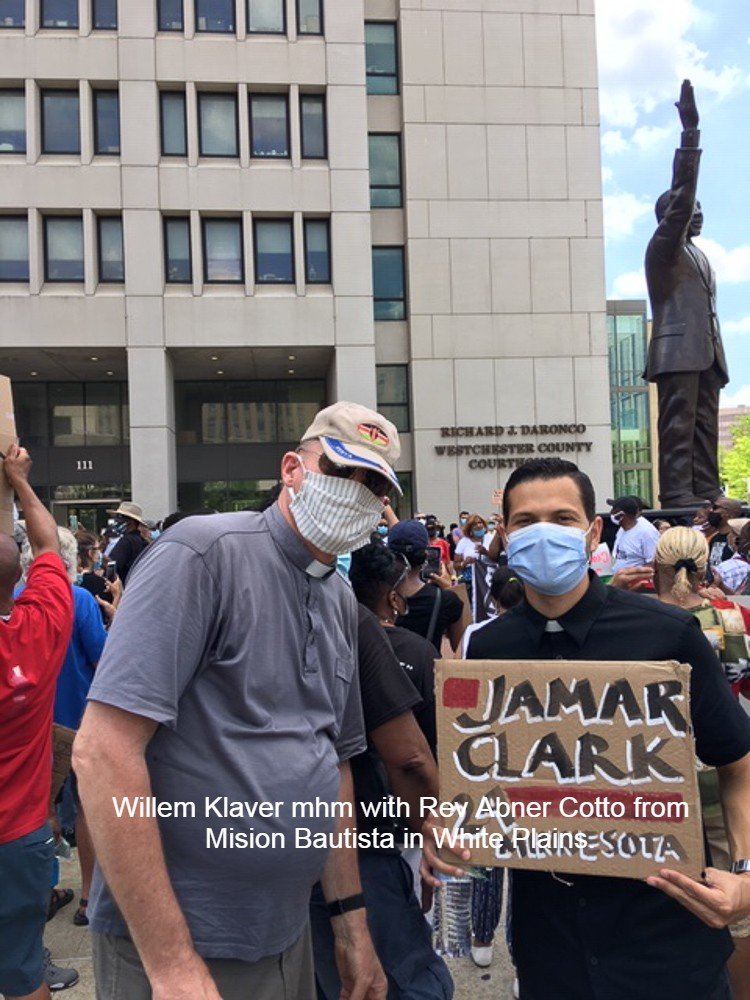 Today (Sunday June 21) we had a very successful “SAY THEIR NAMES” rally and march in White Plains supported by the local Religious and Civic leaders and led by Pastor Erwin Trollinger of the Calvary Baptist Church.

The march and rally centered around names of those who have been murdered by unjust police officers from around the nation.

Within the African American community is the belief that if you say the name of those that have transitioned, that they are still with us!