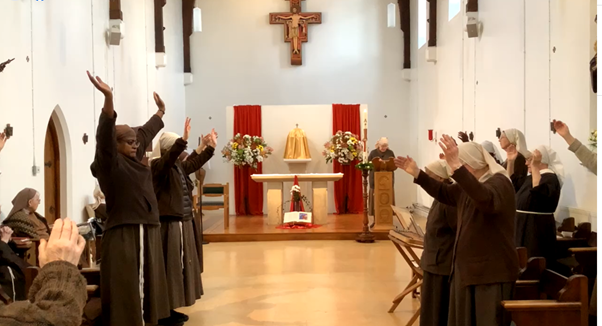 Exactly one year ago the Poor Clares of Arundel (near Brighton) caused a stir with their own CD, Light for the world. In a month, it became the most popular album ever released by a religious order. The CD contains well-known religious hymns, interspersed with music based on texts by Saint Clare of Assisi and Francis of Assisi and composed by the English composer couple James Morgan and Juliette Pochin.

Now the sisters are back. Not (yet) with a new album, but with a Spotify playlist. Winter: Meditation Mix contains 67 religious songs, recomposed by married couple Morgan and Pochin. Together good for two hours of soothing music.