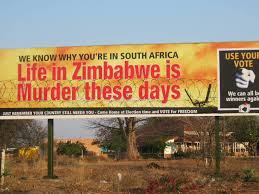 “We continue to note with increasing concern the unabated situation of repression in Zimbabwe, resulting in increasing hardship and suffering to the citizens,” SACBC members say.

They add, “The Catholic Church and its Bishops in Southern Africa stand in unconditional solidarity with you as leadership who are being targeted by the government and with masses of the people who are suffering from this situation.”

The three-nation Catholic leaders laud their counterparts in Zimbabwe for the “prophetic voice in naming and condemning the brutalization of ordinary people by security forces and the underlying corruption that has led to the total collapse of services to the people by the government.”